Admittedly its been a long time since I posted. I still have a gaming obsession with the Great War. In the absence of a regular visits to the local club, I put the terrain boards together and let my youngest son - now nine - invent his own game. I think he has potential. New on the table are some pre-painted ruined houses by 4Ground. I'd promised myself I wouldn't make any more terrain squares, but I'm thinking a ruined road and small canal section might be nice. Also featured are some explosion markers I've just done, based on a tutorial found in an old edition of Wargames Journal. I might try an upload my own version of how to do them. The good news is I'm slowly emerging from painting hibernation. More to come soon! 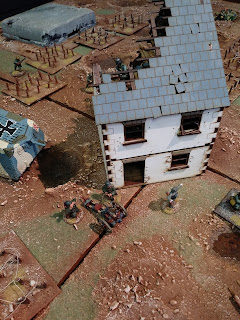 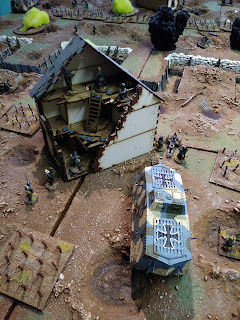 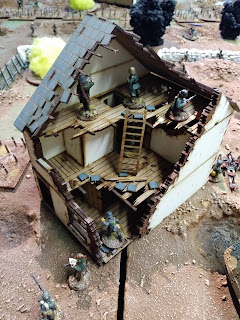 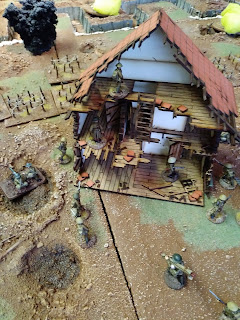 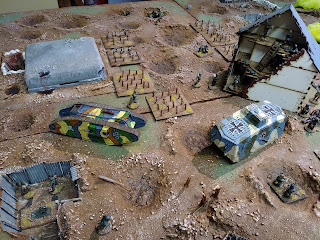 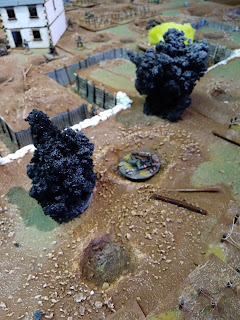 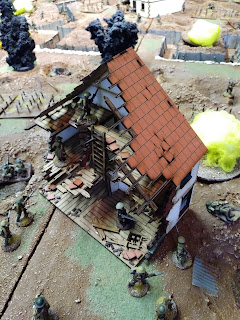 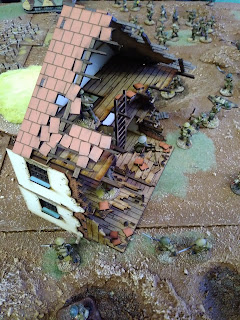 Fifteen Years of Gaming: A Retrospective

Happy New Year to all who pass this way. 2015 was pretty momentous, if not on the gaming or painting table, then certainly in other parts of life. A new house sadly means the loss of my workshop "man cave". Not that I was spending much time in it. I'm now exiled to the garage, and the painting space is still a work in progress. On the bright side, moving gave me the opportunity to take stock, both of what I've produced and what remains to be done. Here you'll see the majority of my collection assembled for review, before most of it will be filed away.

On the table are some notable successes - by that I mean painting projects I'm proud of and armies more or less completed:
First World War Germans and British in 28mm
Alexandrian Macedonians in 28mm
Spanish medievals in 28mm
Republican Romans in 10mm
HOTT Undead in 28mm
German Fallschirmjaeger in 15mm
An assortment of DBA armies in 15mm: Republican Romans, Carthaginians, Parthians, Alexandrian Macedonians
And then there are some half done projects: DBR Spanish Low Countries in 15mm; World War II Germans and US Airborne in 28mm; Renaissance Galleys; Italian Wars in 28mm.
A new year needs at least a couple of new projects, right? So here's the plan:
Compete my 28mm World War II forces. And then embark on two new periods: The Seven Years' War in 28mm and the great Italian Wars of the early sixteenth century, again in 28mm. 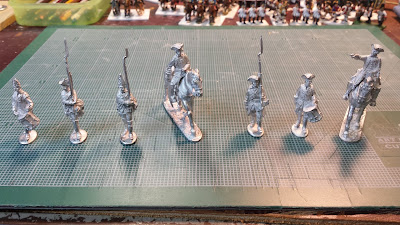 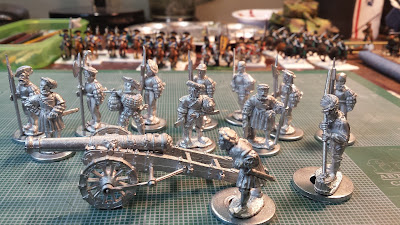 For the Italian Wars, there are some excellent figures available from, among others, Old Glory, Wargames Foundry, Warlord Games, and Eureka. Above you'll see some Wargames Foundry miniatures I've had for a while now.
For the Seven Years' War, I've always admired Minden's wonderful castings, and the samples above were kindly sent to me by Jim Perky, otherwise known as Alte Fritz.
Posted by Digger at 9:34 AM 3 comments:

Just a quick post to show my completed Great War Miniatures' Toffee Apple Mortar. This was a nice little project to fill out my Late War British forces. Below you'll see it posed on terrain I completed a couple of years ago. There seem to be different colours employed for the bulbous projectile. I've not found what they signify, and went with what seemed to be generally used for the paint schemes I found Online. 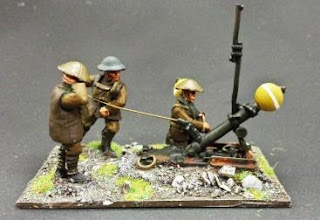 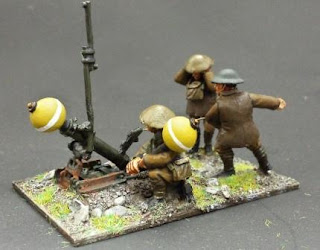 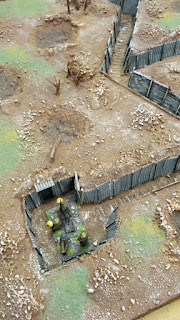 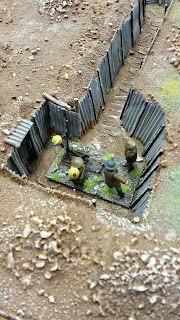